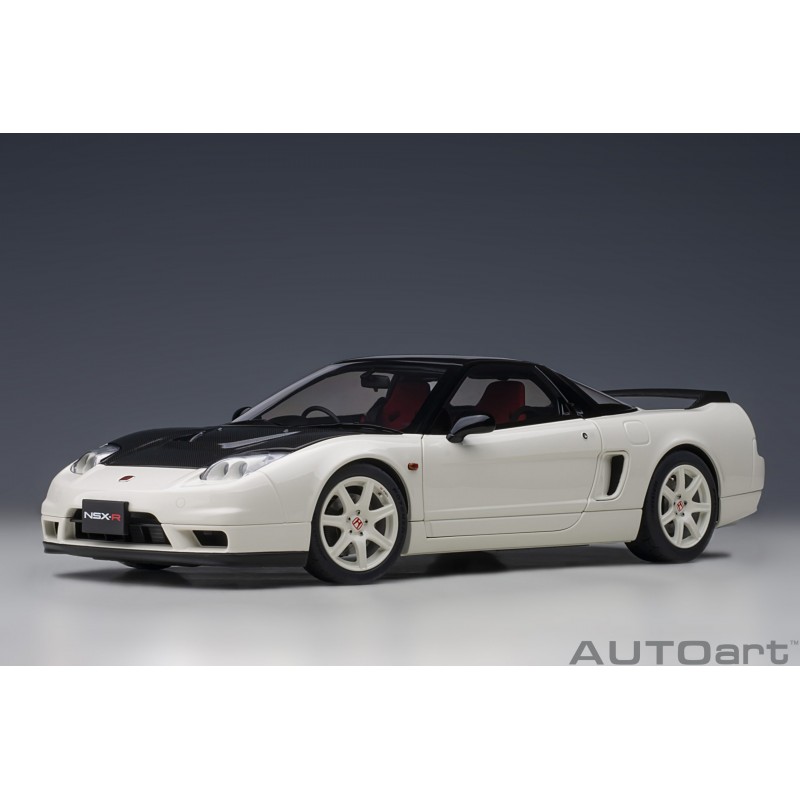 A second iteration of the NSX-R was unveiled in 2002, again exclusively in Japan. As with the first NSX-R, weight reduction was the primary focus for performance enhancement. The NSX-R was again based on the coupé, due to its lighter weight and more rigid construction. Carbon fibre was used to a large extent throughout the body components to reduce weight, including a larger and more aggressive rear spoiler, vented hood and deck lid. The vented hood was said to be the largest one-piece carbon-fiber hood used on a production road car. Additionally, the original NSX-R's weight reduction techniques were repeated, including deletion of the audio system, sound insulation and air conditioning. Furthermore, the power steering was removed. A single-pane rear divider was again used, as were Recaro carbon-kevlar racing seats. Finally, larger yet lighter wheels resulted in a total weight reduction of almost 100 kg  to 1,270 kg

The 3.2 L DOHC V6 engine received special attention as well. Each car's engine was hand assembled by a skilled technician using techniques normally reserved for racing programs. Components of the rotating assembly (pistons, rods and crankshaft) were precision weighed and matched so that all components fell within a very small tolerance of weight differential. Then, the entire rotating assembly was balanced to a level of accuracy, ten times than that of a typical NSX engine. This balancing and blueprinting process significantly reduced parasitic loss of power due to inertial imbalance, resulting in a more powerful, free-revving powerplant with an excellent throttle response. Officially, Honda maintains that the power output of the 2002 NSX-R's engine is rated at 290 hp (220 kW), which is identical to the standard NSX. The automotive press, however, has long speculated that the true output of the engine is higher.

The result of Honda's second NSX-R effort was a vehicle that could challenge the latest sports car models on the track, despite having a base design that was more than 15 years old. For example, noted Japanese race and test driver Motoharu Kurosawa piloted a 2002 NSX-R around the Nürburgring road course in 7:56, a time equal to a Ferrari 360 Challenge Stradale. The NSX-R accomplished this feat despite being out powered by the Ferrari by over 100 bhp.