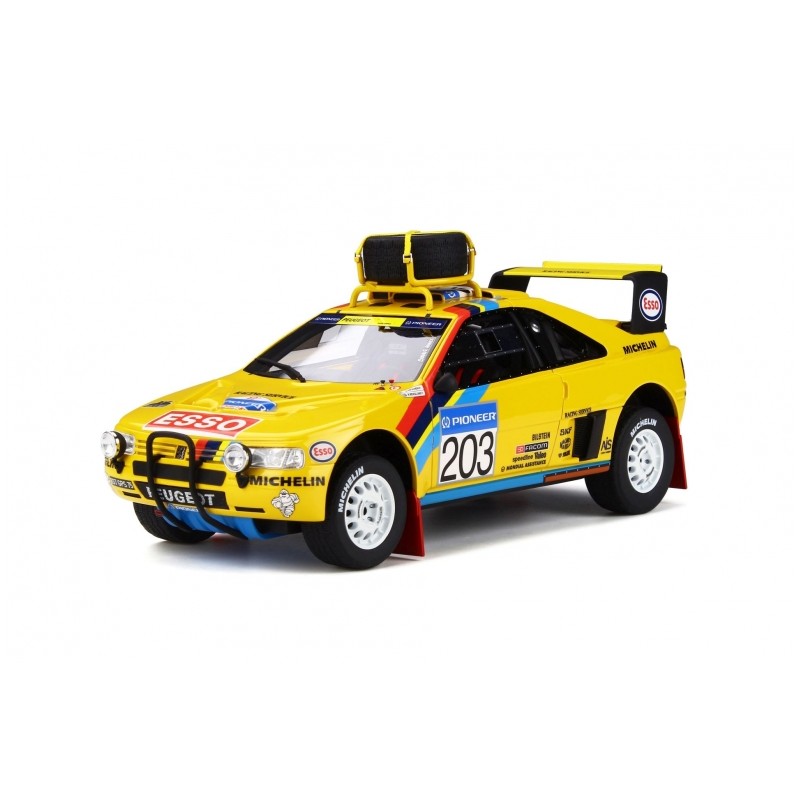 The start of this edition of the famous rally took place on the Esplanade de la Défense in Paris. This would be the final year for the Peugeot 405 before the Lion’s brand committed itself to the 24 Hours of Le Mans. The 405 T16 Grand Raid was a profound evolution of the 205 of the same name. From the second stage, the Peugeot crews starting with Ari Vatanen put the rival Mitsubishi in their place. The end of the rally was marked by a triplet of Peugeots. This was the fourth victory in a row for Peugeot in Dakar. Citroën would rekindle the flame with a ZX directly inspired from this 405.