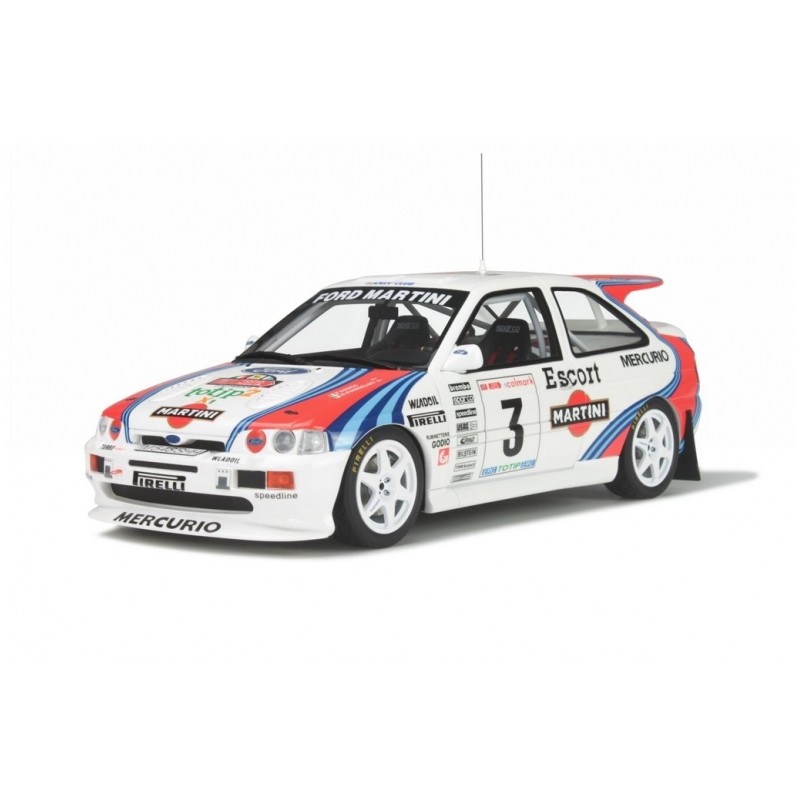 The Escort RS Cosworth was developed specifically for rallying (groups A and N). Despite its outward appearance of an Escort Mk V (with several aesthetic and aerodynamic modifications), mechanically speaking the Escort RS Cosworth is copied from the four-wheel drive Sierra Cosworth 4x4, with a number of improvements. The 4-cylinder 16V of the Escort RS Cosworth won it several titles, notably during the world championship in the hands of various prestigious pilots such as Carlos Sainz, Tommi Mäkinen, François Delecour, as well as Franco Cunico whose model this is from the 1995 Italian Rally Championship.