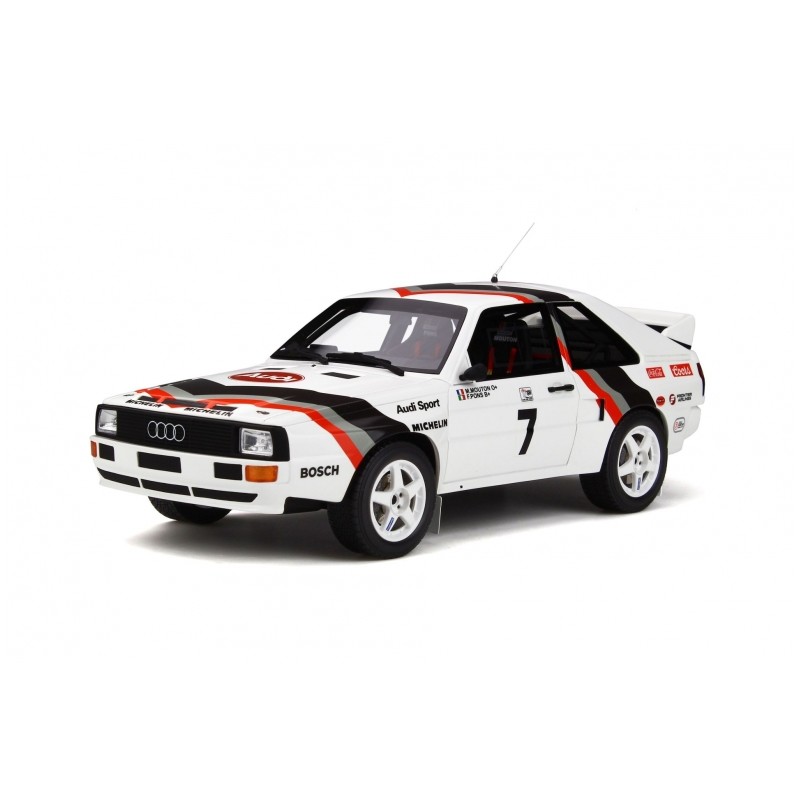 The Audi Sport quattro is the second evolution of the Audi quattro that revolutionized the world of rallies in the early 80s thanks to its all-wheel drive. In 1984, Michèle Mouton entered Pikes Peak. She became the first French driver to win the "cloud race" in Colorado in the rally category. The following year, with the same Audi she pulled it off again and won the general rally by setting an absolute record on this event. This Audi quattro remains to this day a Group B legend.