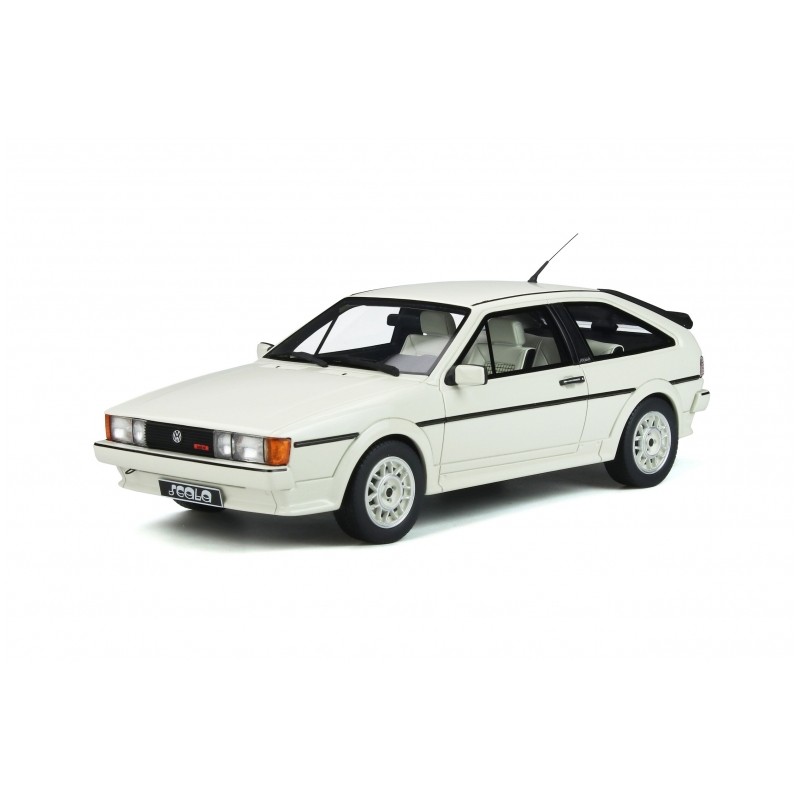 1:18 Volkswagen Scirocco Mk.2 Scala 1989
From 1974 to 1992, Volkswagen went off the beaten track with a coupe derived from the Golf, taking inspiration from a Saharan wind: the Sirocco. The car was immediately successful. More than 500,000 copies of the first generation found buyers. The second generation, MK.2, confirmed the demand for a “2 + 2” coupe even though sales were almost halved. The Scala was a special edition of the Scirocco Mk2 which still represents nearly 10% of the car’s sales!